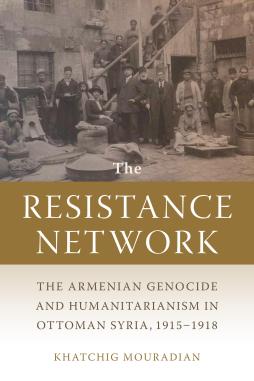 Khatchig Mouradian is a lecturer in Middle Eastern, South Asian, and African Studies (MESAAS) at Columbia University. He is the author of The Resistance Network: The Armenian Genocide and Humanitarianism in Ottoman Syria, 1915-1918.

In 2021, Mouradian was appointed the Armenian and Georgian Area Specialist in the African and Middle Eastern Division (Near East Section) at the Library of Congress.

Mouradian has published articles on concentration camps, unarmed resistance, the aftermath of mass violence, midwifery in the Middle East, and approaches to teaching history. He is the co-editor of a forthcoming book on late-Ottoman history, and the editor of the peer-reviewed journal The Armenian Review.

Mouradian has written for the Washington Post, and has been interviewed and quoted in The New York Review of Books, BBC, FOX TV, France 24, The Economist, The Washington Post, The Boston Globe, Newsweek, Al-Monitor, The Worcester Telegram and Gazette, Burlington Free Press, The Jewish Advocate, Al-Ahram (Egypt), Truthout, and several other news outlets, on issues related to the Middle East, human rights, mass violence, Armenian, Ottoman, and Middle Eastern culture, politics, and history.

In 2020, Mouradian was awarded a Humanities War & Peace Initiative Grant from Columbia University. Mouradian is also the recipient of the Society for Armenian Studies Best Conference Paper Award (2015), and a Calouste Gulbenkian Research Fellowship to write the history of the Armenian community in China in the 19th and 20th centuries (2014). Mouradian is the recipient of the Armenian Relief Society’s Agnouni Award (2018), and the first Hrant Dink Justice and Freedom Award of the Organization of Istanbul Armenians (2014).

Mouradian holds a PhD in History from the Strassler Center for Holocaust and Genocide Studies at Clark University, a graduate certificate in Conflict Resolution from UMass Boston, and a B.S. in Biology from Haigazian University, where he has also completed graduate coursework in Clinical Psychology.