“The U.S. has used this genocide as a political tool. It’s time for that to change.”
By Khatchig Mouradian
The Washington Post
28 October 2019 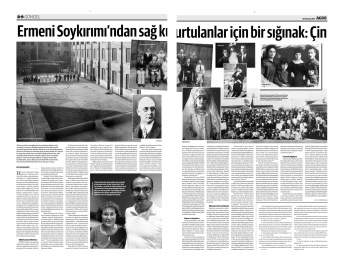 Al-Bab: Gateway to the Desert During the Armenian Genocide

My article on the Syrian town of Al Bab during the Armenian Genocide. Today, a century later, Al Bab is headlines news.
In English
In Turkish
In Eastern Armenian

Dead Poet and a Cobblestone Path

A few weeks ago, I visited Misak Medzarents’ (1886-1908) village, Pingean, near the city of Agn (current name: Kemaliye) in Turkey. As I walked in the narrow, cobblestone streets and alleyways of the village where the beloved poet was born, I kept looking at the century-old houses, wondering: Perhaps he was born behind this door, perhaps he scribbled down his first lines on these stairs, perhaps he first fell in love by this fountain… Yet there was no sign of the great poet in this tiny, remote village. He might as well never have existed.

As we returned to our van, I typed in my phone: “I believe that Medzarents’ memory and legacy will, one day, return to Pingean; and his bust will adorn the little village center where older men are gathered now chatting; and perhaps, just perhaps, a small library in the village will carry his name. No, I do not believe. I know.” [Read more…]